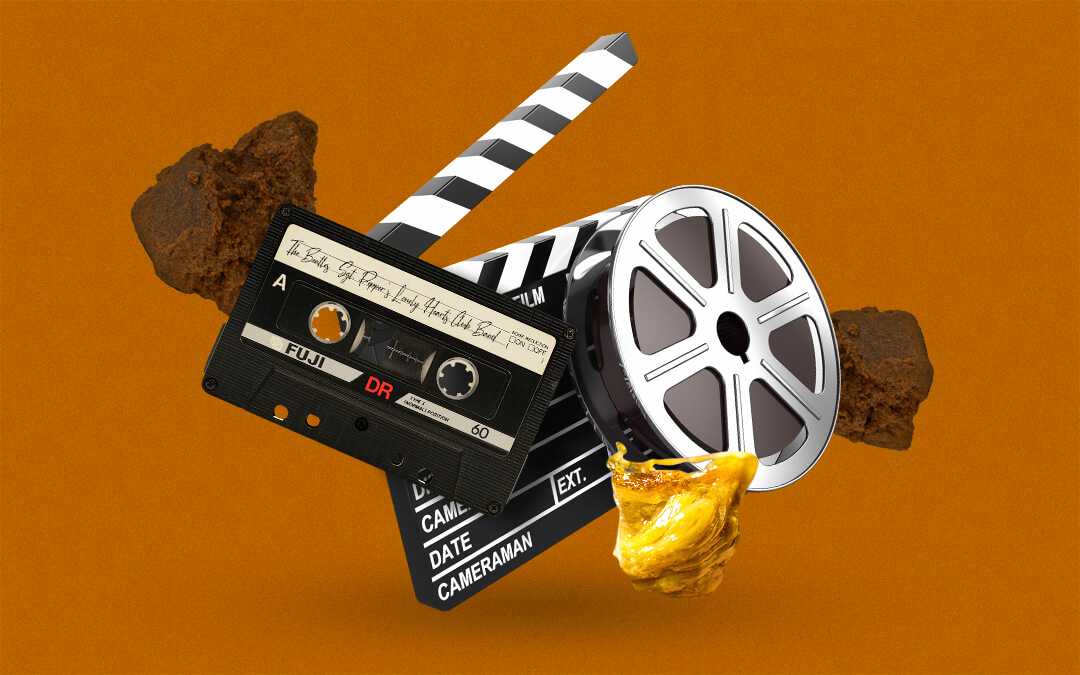 Has your frontal lobe been stimulated lately? If the question sounds vaguely arousing, we’ll ask it another way: Have you enjoyed quality hash lately? Because some of your favourite musicians, artists and filmmakers certainly have.

Not that you need to know this, but when you indulge in hashish, billions of neurons in your frontal lobes receive a cue to get up and dance. By stimulating those lobes, Hashish elevates your emotions, memory, attention, and other cognitive functions, creating a sensory cascade that can become the catalyst for many cool feelings, including creativity.

Ah yes, creativity on hash. Like when you composed the perfect sequel to Bohemian Rhapsody, or had the inspiration for the Great Canadian Novel, or discovered the formula for time-travel. Obviously, not every hash-induced epiphany is a homerun.

But some are. In fact, hash-fuelled creativity has helped inspire some of the world’s greatest music, art, literature and film. Hashish helped these artists imagine and complete works that have become part of pop-culture history. Through the centuries, musicians, filmmakers, writers, and artists have used hashish to reach higher levels of creativity. Some even made it the subject of their work.

Here are some famous pop-culture artists and moments that owe at least some of their notoriety to hashish. Would the art and the artists have been as good without the buzz? Maybe, maybe not. But it’s fair to say the final products we know today wouldn’t look or sound quite the same without it.

Platoon (1986): You have to go back a long way to see Charlie Sheen get stoned for the first time. Winner of the Academy Award for Best Picture, this film was an unflinching depiction of Vietnam through the eyes of a young private, Sheen, who was sent to fight a foreign enemy but ended up in the internal war Americans were fighting against themselves. Amidst the ceaseless carnage, Sheen is invited into his sergeant’s tent that’s thick with authentic eastern hash. Willem Dafoe places a rifle barrel into Sheen’s mouth and shotguns smoke through it. For a moment the world makes sense and a warm glow of humanity appears amidst the ugliness of war.

Midnight Express (1978): Spoiler alert – don’t smuggle hashish out of Turkey. The film adapts the real-life story of Billy Hayes’ imprisonment in a Turkish prison after being caught at the airport with packets of hash strapped to his waist. Life quickly goes from bad to worse for Billy, as he’s sentenced to four years in prison, and then resentenced to 30 years. Hash is featured in the pivotal scene at the airport and in prison, treated as a valued commodity by prisoners and guards, and a forbidden evil by the government. The film won the Academy Award for Best Adapted Screenplay and was accused of destroying Turkey’s tourism industry because of its negative depiction of Turks.

Oliver Stone: Stone was the screenwriter for both Platoon and Midnight Express, and was the Director of Platoon. He won a Best-Director Oscar for Platoon and Best-Adapted Screenplay Oscar for Midnight Express. He became an advocate for hash and cannabis while serving in Vietnam, a lifetime appreciation that was carried over into many of his films.

“When I was in Vietnam, [hash] made the difference between being human and being a beast. There were a lot of guys who were drinking and doing a lot of the killing that was so unnecessary and raping. The guys who did [hash] were much more conscious of the value of life.” – Oliver Stone

Hair: In 1968, a raggedy upstart musical blasted onto the Broadway stage. Its rock-based score gave audiences a decibel-pounding alternative to the stately orchestras playing in other theatres. Hair not only looked and sounded different than any other play, its message was a revolutionary F-YOU! to America’s establishment. Amidst the graphic tunes about sex, racism, and the awfulness of Vietnam, there was a little ditty called “Hashish”. While Hello Dolly and Funny Girl were playing down the street, audiences at Hair got to hum along to lyrics like, “Hashish, Cocaine, Marijuana, Opium, LSD… shoe polish, cough syrup, peyote…”.

Written by two hardcore hippies, Gerome Ragni and James Rado, Hair came straight out of the hash culture of the 1960’s, transforming the theatre stage and inspiring the next generations of raw, gritty productions, including Rent.

Some of rock’s giants found inspiration and sanctuary in hashish. Bob Dylan used hash as a way to stretch his already prodigious lyrical genius. According to Dylan, “…hash and pot, those things aren’t drugs. They just bend your mind a little. I think everyone’s mind should be bent once in a while.”Who knows – without hashish, Like A Rolling Stone might’ve been a 3-minute song with just two verses. Aside from his own mystical connection to the substance, we know that Dylan was responsible for introducing hash to another notable group of musicians.

The Beatles met Dylan through a mutual friend in 1964. The five musical icons spent an evening hanging together out in a New York suite where Dylan gave the lads their first hit of hash. Dylan had assumed they’d already had some experience. “What about your song? The one about getting high?”

“Those aren’t the words,” John replied sheepishly. “The words are, ‘I can’t hide, I can’t hide, I can’t hide…’”The Beatles’ menu of substances famously increased from pot to hash to harder chemicals, influencing the sounds and writing on their records from the mid ‘60s on. Their famous stay in an Indian ashram placed them at ground-zero for some of the planet’s highest-quality hash. Its influence is heard in the evolution of their music that began around the time Revolver was released, as the trippy effects of hash began wafting into tunes like Got To Get You Into My Life, Yellow Submarine, and Tomorrow Never Knows. Hashish remained a source of creativity for The Beatles, especially for George Harrison, whose love for the substance culminated with police raiding his home in 1969 and finding large blocks of hashish.

Many famous musicians from the 1960s were drawn to Essaouira, a surfing city on the coast of Morocco. The country is one of the world’s largest producers of hashish, an attraction for tourists looking to rediscover the spiritual hippie vibe from the 1960s. A trip to Essaouira puts them in good company. Paul Simon, The Rolling Stones, Frank Zappa, Jefferson Airplane and Cat Stevens spent time in the port city. Its most famous legendary visitor was Jimi Hendrix, who spent 11 well-documented days in Essaouira, enjoying its shores, culture, and resin.  And of course, Crosby, Stills & Nash immortalized another Morroccan city in Marrakesh Express.

The Club des Hashischins was a group of French intellectuals who dedicated themselves to the experimentation and enjoyment of hashish. Lasting from 1844 to 1849, the Club held monthly seances where they consumed the resin in various forms, often mixed into a green paste with honey, pistachios and fat. Some of France’s most renowned writers and poets were among the members, including Victor Hugo, Alexandre Dumas, Charles Baudelaire, Gérard de Nerval, and Honoré de Balzac.

Imagine a world without such classic works as Les Misérables. It’s possible that without the creative encouragement of hash, Hugo’s magnum opus may never have been written, or would’ve been considerably different.

So next time you’re listening to a Beatles tune, settling in with a classic book, or getting lost in an intense film, consider that somewhere in its creative genealogy a very specific plant resin might have played an inspirational role.

The world is due for the next wave of great art. Better grab that doob and get to work!